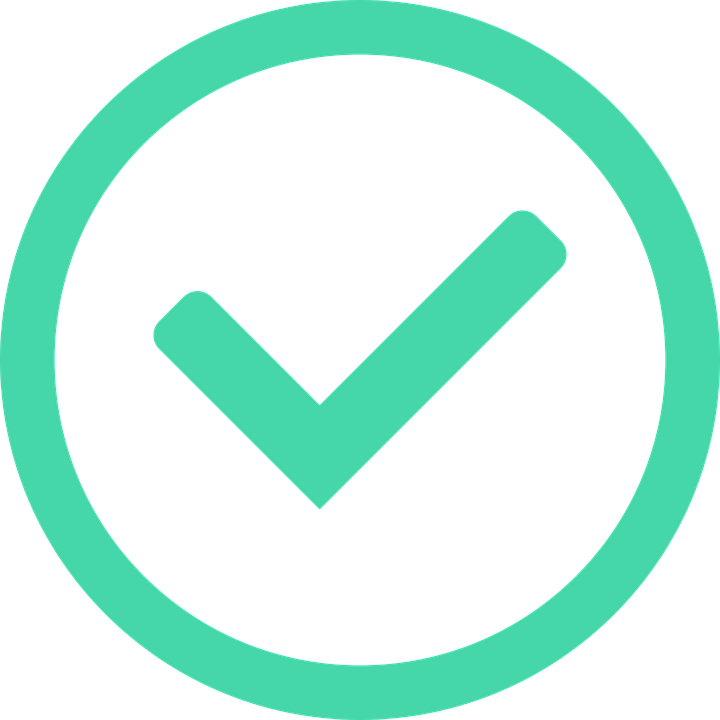 Thank you! Your submission has been received!
Oops! Something went wrong while submitting the form.
x
OUR TALE OF HOW BELIKIN
BECAME BELIZEAN FOR BEER.
Our Story
Bowen Legacy
Brew Master Nolan
Our Brewery 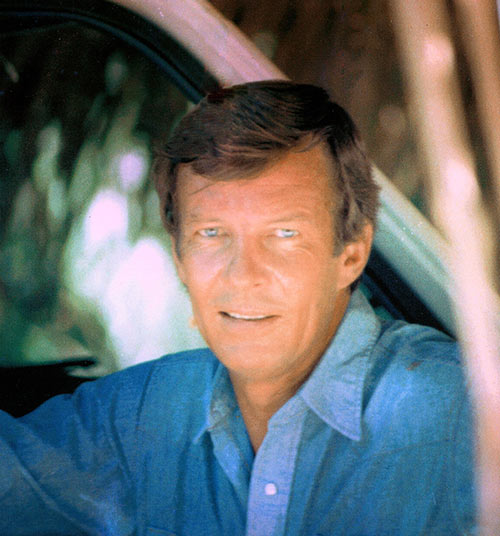 Above all, Barry Bowen was Belizean. A seventh generation Belizean born and raised, Sir Barry was ardently proud of his country.

Never driven by the pursuit of wealth, but rather by the pursuit of growth and creation, few have played a greater role in our country’s industrial history and development. He was a true entrepreneur who defined his own path. We all remember him as the unconventionally wise and defiantly spirited man of industry, creating Belize Brewing Company, and other Belizean Businesses.

As well, we continue to benefit from Sir Barry’s environmental commitment to Belize, including his contributions to the Rio Bravo Conservation, the largest private nature reserve in Belize. His philanthropic legacy lives on as well; from the National Spelling Bee promoting education through intellectual competition among young students, to the San Pedro community, who thanks him on a daily basis for his funding of the Boca del Rio Bridge…and who remembers him as the straw-hatted, Belikin-in-hand driver of his green tractor about town.

Sir Barry was a hard-working man with boundless energy. He was happiest when he was on the plant floor and especially when he was working on one of the many machines. Although not an engineer, he could explain what every piece of equipment in the plant did, and how it worked. A symbol of his “roll-up-your sleeves” work ethic and passion for machinery was his left hand, which was missing the tips of three of his fingers, sliced off while he had his hand deep in a machine trying to get it to work. He was proud of his machines, and his left hand, and that incident never dissuaded him from getting his hands dirty and putting them back into a machine.

He was our Knight in Belizean shining armor… for real! He went to England, to be touched on the shoulders by the sword of her Majesty Queen Elizabeth II. Belikin would not exist without Sir Barry… but he would have been quick to counter that Belikin only truly exists because of his beloved Belize, its people, and the hard-working people in the Company.

Today, his family strives every day to carry forth Sir Barry’s brewing and Belizean legacy. 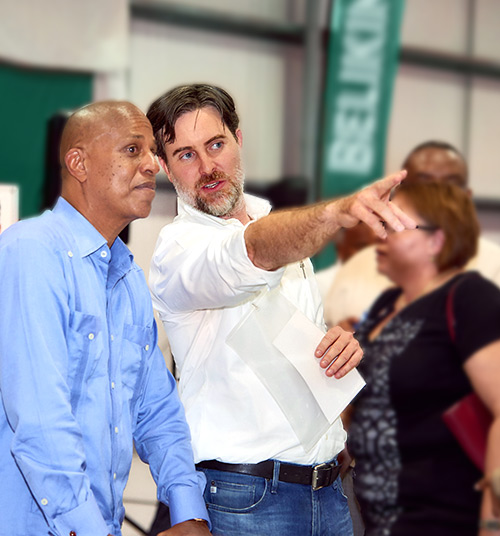 Michael Bowen is an eighth-generation Belizean who joined the family business in 2000. He spent his first decade working in every aspect of Bowen & Bowen’s operations, from bottling Crystal Water to tending shrimp at Belize aquaculture.

“I still recall my first day at work,” he says chuckling... “With youthful enthusiasm, I waited for my Dad to arrive and start teaching me the ropes. Instead I was sent to Crystal Bottling and told to introduce myself to John Armstrong, a former Royal Airforce Pilot who managed the plant. With the charm of an old British soldier greeted me and showed me my desk, and left me there as he went off to take care of his responsibilities."

“I quickly learned my success depended on my own initiative and that I’d have to learn the ropes myself; no handing holding here. Over the next many months, I worked alongside every position in the plant, asking questions, watching, trying to understand the whole process. In hindsight, some of my questions were probably silly, but everyone in the plant, from custodians to engineers, was generous with their time and enjoyed my eagerness. They were all proud of their jobs and glad to share their knowledge and insights with someone who was sincerely interested. I learned the whole operation from top to bottom, but the more importantly I learned it all depended on people who are dedicated to their work."

In 2010 Sir Barry Bowen died in a plane crash and Michael took the helm. His first order of business was to re-establish the company’s focus; new offerings were introduced, plants were rebuilt and equipment upgraded with modern technology, everything from labels to distribution was given a fresh look. And the company rallied around it.

“The goal was always to make clear that Belize Brewing is a company run by Belizeans and for Belizeans, to transition us into the 21st century and provide a workplace that everyone is proud to be a part of. I’m sometimes reminded that I have huge shoes to fill, and my reply is always the same…acknowledging that I’ll never be able to fill my Dad shoes, but thankfully I have my own.”

With the renewed energy and focus, Belize Brewing has grown in every way. Each brand and line extension has been carefully chosen after on research and feedback from our customers. Today, the Belikin Beer Family has grown to include Belikin Beer, Belikin Light, Belikin Stout, Belikin Sorrel Stout and Belikin Chocolate Stout.

Michael’s passion and vision has catapulted the Belize Brewing Company to new levels and we continue to strive to meet the expectations of the Belizean consumer, who has a very refined palate for well-brewed beer. 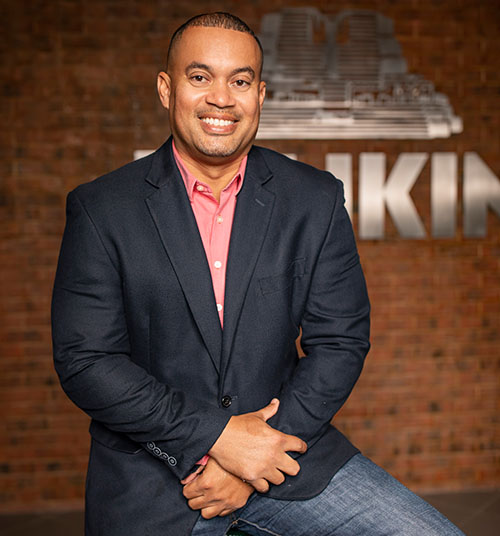 Nolan R. T. Michael is Belize Brewing Company’s first Belizean Brewmasta (Brew Master). During our first 40 years, Belize Brewing operated with German Brew Masters, who helped establish the brands loved by our consumers and trained our organization on how to ensure world class quality and taste. In 2011, in alignment with Michael Bowen’s vision of expanding our Belizean brand, it made all the sense in the world to make the change to a Belizean born and raised Brew Master.

Upon his return to Belize in 1998 he was immediately welcomed on board the Bowen & Bowen Team. He worked in many different Departments of the Company, including research and development, quality assurance, production management, and project implementation before eventually being promoted to Plant Manager of Crystal Bottling Company in 2003. Shelley S. Bowen, Chief Marketing Officer and Sir Barry’s eldest child, likes to refer to him as “a geeky engineer who knows everything.”

In 2011 based on his educational background and work experience, Nolan arranged to attend the International Brewing Program at the Siebel Institute in Chicago, Illinois, USA, and the World Brewing Academy in Munich, Germany, where he graduated at the top of his class (of course). He says it’s an honor and privilege to be here, and everyone who tries his beer feels the same way about him.

“Growing up my family always referred to be as the ‘mad scientist’ because I was always mixing things together to determine the outcome. Looking back, I can’t imagine a better career path than being responsible for the quality and integrity of an iconic Belizean brand. The bonus is I actually get to make great beer for a living!”

Today we’re proud to have Nolan at the helm. Belikin, the Beer of Belize, has never been of higher quality. Nolan’s first beer at the age of (ahem??), was a Belikin… Belikin has always been his beer… The Beer of Belize is in his veins. And today our consumers can taste Nolan’s brewing skill, as well as the pride he feels producing his beer, every time they open a Belikin.

The Brewery That Shouldn't Be

Left to Right: Eric M. Bowen, The Right Honourable George Cadle Price, Barry M. Bowen. 1971
BELIKIN ORIGINS
The origin of the name “Belikin” dates back to the ancient Maya Classical Period and means “road to the east”. This could also be referring to the eastward expansion of the Mayas toward Belize.

It is believed to be what the native Mayas called Belize and connects Belikin with our Belizean heritage.

The pair, encouraged by their family, had a vision. The first step was to see if that vision could attract the investors necessary to launch such an ambitious project, so they hired an international brewing consultancy firm to conduct a feasibility study. To their disappointment, the study concluded that:


Rather than give up, the father-and-son team set out to prove the experts wrong. After looking far and wide, they found an ally in neighbouring Honduras. Berty R. Hogge managed the Cerveceria Hondureña brewery; he read the feasibility study and despite the conclusion was impressed with Barry and Eric’s passion for the idea and provided the investment capital needed to start construction.

Belize Brewing’s beginnings were inauspicious, to say the least. Used equipment was sourced from throughout the region, and all but one piece of equipment was second-hand. That single new piece of equipment, a diesel boiler, exploded on the day Berty arrived for a site visit. There were times Barry and Eric wondered if the experts were right indeed, but they forged ahead anyway, never giving up.

The oldest piece of equipment was a German brewhouse built in 1927; an antiquated decommissioned four-vessel brewhouse which became the heart of Belize Brewing. This solid-copper brewhouse faithfully served the company for over 30 years until it was decommissioned for the second time in 2000 and replaced by our brand-new, state-of-the-art brewery.

Today, Belize Brewing celebrates fifty years of pursuing excellence. The company remains independent and family-owned, today run by Michael H. M. Bowen, an eighth-generation Belizean. We are proud to be “The Beer of Belize,” and have done well for a company the experts thought had little chance of success.

None of this would be possible without the hard work of thousands of Belizeans over the years, or the avid support of the people of Belize.

So, on behalf of everyone at the Belize Brewing Company, our deepest gratitude for making this dream come true.

Let’s all raise our glasses to an amazing journey over the last half-century, and toast to the next fifty years of independence, continued passion, and great beer!